My Own Private Alaska Official forum

M.O.P.A. is signing with I AM RECORDINGS. We feel very proud to share the same hallmark as AT THE DRIVE IN, KORN, NORMA JEAN and BLACK LIGHT BURNS… This organization, founded by Ross Robinson, is undoubtedly the most appropriate and pertinent solution for our aims. Ross was one of the first to believe in us. He’s an advocate of a cultural revolution that places new emphasis on the artist, restoring his freedom of choice and development.

This choice allows us to work worldwide with the organizations that are closely involved with M.O.P.A, such as WANGBA RECORDS in China, TRUSKILL RECORDS and TEAM AATM for the USA, GORDEON in Germany, JERKOV / NOUS PRODUCTIONS / MATHPROMO / INNOVATIVE in France, BRILLIANCE BOOKING for Eastern Europe, INTERNATIONAL MUSIC TALENT and CAVA in Russia, DIVISION RECORDS in Switzerland, BELIEVE DIGITAL for UK and digital, etc…

We hope to be both front-row spectators and actors for this album release. We would like it to be a meeting point with those who listen to us. We are glad to announce several important dates that we are looking forward to:

-The 1st of March 2010: WORLD RELEASE OF THE COLLECTOR SERIES ALBUM

Thanks to all
“AMEN”…is the title of our album.
See you soon
M.O.P.A. 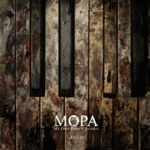